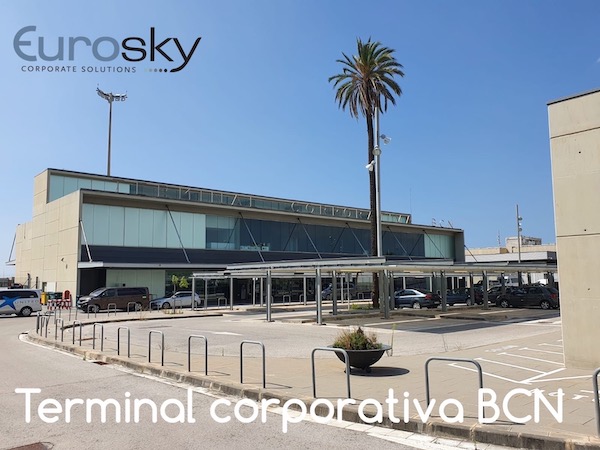 Eurosky is a  private jet charter  specialist based in  Barcelona. It  is very easy to fly from or to the catalan city with us. Barcelona is our city. We live and we work here. Our offices are in the heart of the city  since 2008. That is why, Barcelona Airport is one of the airports we use and know more.

If you need to make a flight request, please contact our commercial department now.

For more information about how  private jet rental works in Barcelona, you can  read the article below.

Why fly to Barcelona by private jet ?

The city of Barcelona has always had an appeal on all levels. In its modern history, the 92 Olympic Games have had a definitive impact on the growth of the Catalan city.

Barcelona is a city that shines at all levels:

Where to board on a private jet in Barcelona?

Barcelona’s    Prat airport is very well located just 15 km away, so you can reach city center in less than 30 minutes .

Regarding air traffic, Barcelona airport, it ranks the tenth place in Europe and second place in Spain. Between 2018 and 2019, more than 50 million passengers visited its terminals.

Barcelona Airport has 3 runways and 3 terminals:

The corporate aviation terminal is relatively new: it was open in 2008 (such as the creation of Eurosky). It is the consequence of the growth of the city in terms of international influence.

The corporate aviation terminal has:

The large assets in terms of operation for a private jet:

A drawback we can point out: the taxiing time to the runway it takes almost always 20 minutes. This information is always reflected in our flight briefs so that our customers can be aware of this  when organizing their agenda.

What type of aircraft can operate in Barcelona –  is there any restrictions ?

Any type of aircraft can operate in Barcelona: from a single engine to an ultra long range private jet.

During covid period and due to the loss of air traffic, the airport authorities finally decided in 2021 to remove this  restriction. But then in April 2022, it was back again just for the summer period from 9h loc to 12h loc and 18h to 22h loc.

This limitation  is affecting popular private jets under 7 tons  like:

Flights that we operate from Barcelona:

When operating a connecting private flight out of Barcelona airport we offer the following service:

Meanwhile our duty manager is informing the crew of the jet for an immediate departure to follow with your journey wasting the less time possible at Barcelona airport.

Prices for private jet charter  from or to  Barcelona.

Prices for flights departing from Barcelona:

=> other routes to Barcelona :

For more information on how to plan your next private flight to or from Barcelona, please contact us.