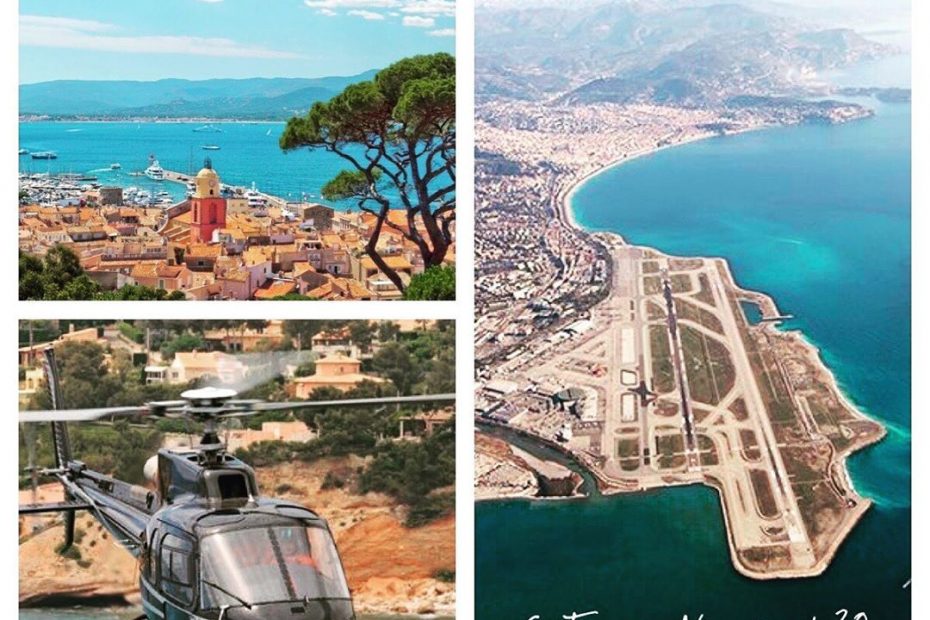 The Côte d’Azur   is a wide area stretching from East Marseille (Cassis) to Menton and has 4 airports. Each of them has its own characteristics, the purpose of this article is to be able to help you determine what is your best option to reach your final  destination by private jet.

For any urgent request, please get in touch with our commercial department.

Côte d’Azur: which airport to choose for your private jet charter?

It is the third airport in France in global passenger volume and the second in business aviation (In France as well as in Europe right after  Paris Le Bourget, but before  Geneva airport). The airport is  built  on an  areathat has been won over the sea, in the west side of the center of Nice. It concentrates almost all the regular air  traffic, as well as a large part of the traffic of private flights in the area.

Although Nice Côte d’AzurAirport maintains a high volume of flights throughout the year, we highlight some traffic peaks:

Advantages of flying to Nice-Côte d’Azur by private jet :

The airport of Nice Côte d’Azur does not have many disadvantage. The only disadvantage would be that it is far away from some points of interest on the coast like Saint Tropez. Due to the heavy traffic a journey of 30 km would take longer  than    expected. It can take up to 1h30   to reach Monaco for example and more than 2 hours for Saint Tropez. This situation explains the high demand for the use  of  helicopters and secondary  airports.

Example of prices  to fly private from and  To Nice:

these are only examples of flight we have operated on a certain date with a concrete availability. Do not hesitate to contact us to obtain a real offer based on your own request.

2. Toulon-Hyère Airport with a private jet :

It is the second commercial airport on the Cote d’Azur: its half a million passengers per year puts it a long way from Nice’s 14 million. The airport has the peculiarity of being a military base: its use is mixed.

Small airport located 5km from Cannes, allows you to reach the cities of Antibes, Fréjus and Cannes of course.

There is a strong interest in flying to Cannes directly during the Cannes International Festival. Also, the airport is used as a parking place for private jets during the Monaco Grand Prix (Nice airport gets so full that any available free space is a good option)

The great disadvantage of Cannes Airport is that it is a Visual airport and  that closes at night. In case of poor visibility, having to fly at night or if you have to operate with an aircraft whose weight exceeds 35 Tons, you have to go to Nice. A Falcon 8X can operate in Cannes while a Global 5000 or 6000 although they belong to the same jet category (ultra-long range) will have to go to Nice.

Located 15 km south west of Saint Tropez, the airport of La Môle is very restrictive. It is open only day time and has a very short runway that limits operations for public transport.

It can be safely reached by Helicopter or turboprop aircraft whose technical characteristics allows them to operate in short runways.

The great advantage of using helicopters is to be able to fly without a confirmed slot as it is visual flight. A helicopter transfer usually requires less preparation time, it is very flexible also in the landing spots. We have landed in a house garden so our customer could visit his future property.

The two major disadvantages are:

There are numerous  helicopters operators in this area, Eurosky will be able to advise you regarding the best option to cover your needs.

One of the best combinations when travelling to the Cote d’Azur is to fly with a private jet to Nice and then use a helicopter transfer to your destination. This minimizes waiting times and optimizes our logistic expertise.

For any questions about your next trip to Côte d’Azur, do not hesitate to contact our commercial department.